One Voice: Benefit Concert on November 20

For nearly 30 years, One Voice Mixed Chorus—Minnesota’s premier LGBTQ and straight allies community chorus and the largest LGBTQA mixed chorus in the country—has been known for its commitment to artistic excellence, its diverse repertoire, its sense of humor and a passionate commitment to community outreach. This talented and diverse group of over 100 singing members span the ages of 16 to 79. Together they dedicate their time and energy to the One Voice mission: “Building community and creating social change by raising our voices in song.”

The program will includes musical selections from One Voice’s upcoming January concert, “Out of the Shadows,” a celebration of African-American artists and activists, premiering over MLK weekend 2017 at the Ordway Concert Hall in St. Paul. Featured composers include Ysaye Barnwell, Rosephanye Powell, Sam Cooke, and Billy Strayhorn, among others. There will also be a sneak preview of the chorus’ brand new commission, The Man Behind the Dream. Composed by Cincinnati composer, Steve Milloy, The Man Behind the Dream honors the life and work of openly gay, civil rights activist Bayard Rustin, a mentor to Dr. Martin Luther King Jr., and an organizer of the 1963 March on Washington, who was pushed to the margins of the movement due to his sexuality.

The performance is open to the public and admission is free. Free-will donations are welcome, however, and proceeds from the show in Duluth will go toward the rebuilding of Gloria Dei Lutheran Church, whose sanctuary was destroyed by a fire earlier this year. Originally, the concert was going to be held at Gloria Dei, but after the fire, Duluth Congregational Church offered to host it in their sanctuary, and Gloria Dei is grateful for their generous hospitality and collaboration. 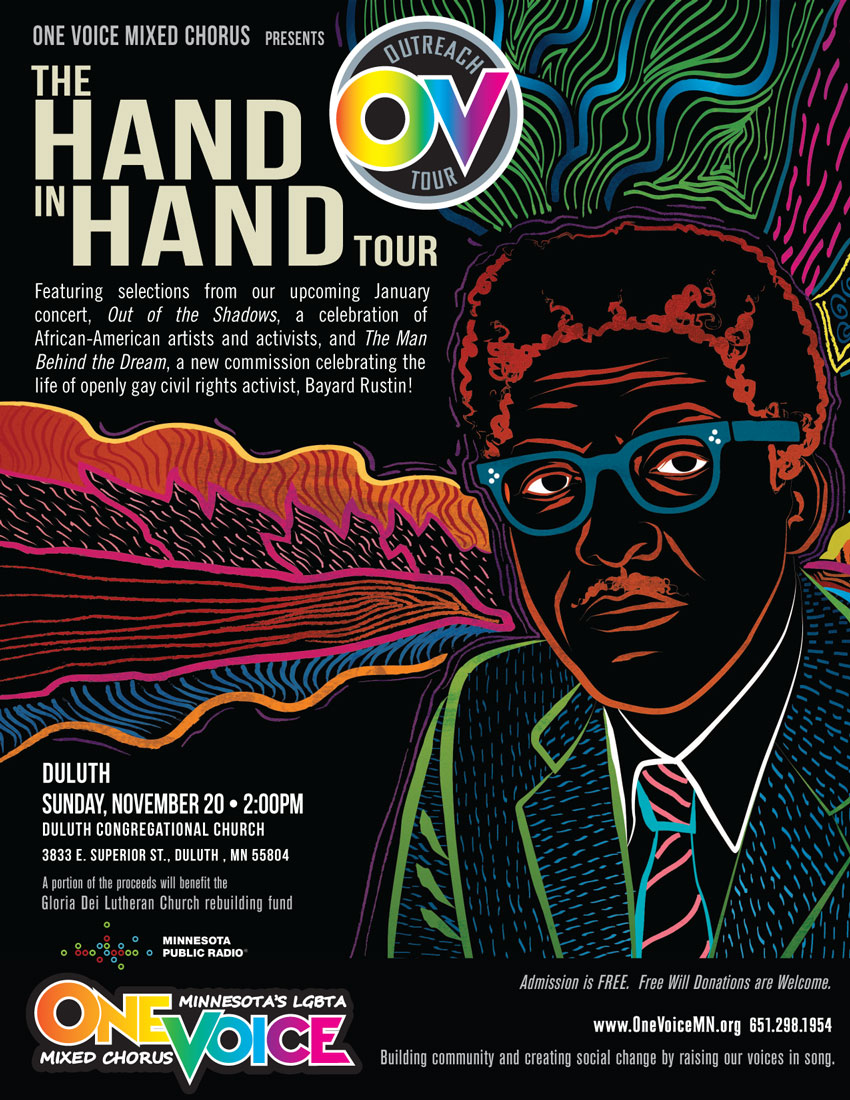